I vividly remember my first face to face meeting with Naeem Ul Haque. He walked into the room wearing a dark chocolate safari suit. He accompanied my dear friend, late Ahsan Rashid,who looked immaculate as always. I was sitting with Mehmood Awan,known as “Mooda” to friends. He was then Chief of Staff to Imran Khan. Four founding members, two of whom are gone. Allah bless them.

This was early 1996, the formative days of PTI in a house in Scotch Corner, Lahore.It was designated head office of PTI. The premises belonged to an Imran supporter, made available courtesy of Ashiq Hussain Qureshi. Ashiq was a part of the original team and a classmate of IK in Atchison College.

Naeem and I knew about each other through common friends so it was a comfortable interaction. He walked in wearing Ray Ban sun glasses and did not take them off throughout our meeting. I found it a bit odd but avoided mentioning it since it was our first meet. When we got close I asked him about it. His response was cute and hilarious. “Partner I wanted to watch everyone closely without making it obvious!”

The early days of PTI brought together people from diverse backgrounds, bonded together with enthusiasm. They could be broadly categorized in three categories. Change seekers, IK fans and friends who would follow him anywhere and those who viewed it as opportunity to power as IK was going to be the next PM! Quite a motley crowd. Irrespective of their motivation; everyone was electrified each time Imran Khan showed up at the office.

Naeem Ul Haque was a cross over between the first two categories. He was an IK friend and a believer of change. He was a good looking, popular and a successful London banker. He and Imran became close friends when IK was a cricketing legend and the most eligible bachelor in UK. Part of this troika was Sahibzada “Cheeko” Jehangir, also based in London. Cheeko is a great host oozing care and affection whenever we visited. 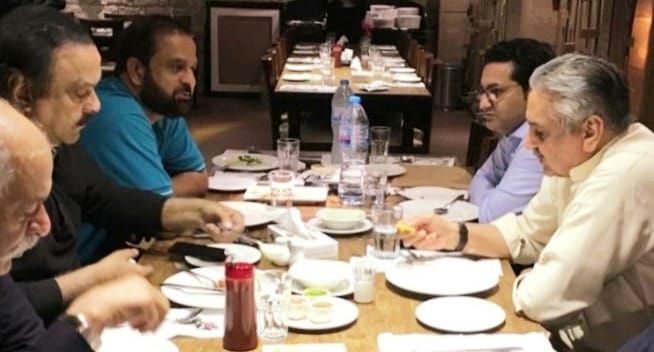 Naeem belonged to Karachi. He returned to Pakistan and settled there with his family. He had a stint as a banker in Pakistan too, but I will fast forward to our association starting from PTI infant days. Hiswife, Nazo, was a very fine lady. She was the sister of Azhar Jamil, a prominent political activist and very close confidante of political legend Mairaj Muhammad Khan who was General Secretary PTI for a while.

Having spent most of his life in Karachi or abroad, Naeem was not very familiar with Punjab or Lahore. Other than Imran, I was one of the close ones.PTI headquarters were in Lahore because IK was based here. Naeem’s visits were quite frequent and we would also meet up in Karachi, mostly accompanying IK.

Naeem Ul Haque was a gentleman, groomed in fine tradition. However he was fairly blunt and those days had a short fuse. He would speak his mind openly and that did not sit well with those used to speaking in nuances steeped in hypocrisy of Pakistani politics. It was a trait that endeared him to Imran Khan. Naeem was quite fearless and I found it refreshing. His loyalty to IK was complete and he lived and breathed PTI.

In the early days of PTI we got a delegation from Karachi comprising Dr. Arif Alvi, President of Pakistan, Najeeb Haroon MNA and flamboyant Firdous Naqvi MPA at Imran Khan’s residence in Zaman Park, Lahore.  Prior to the meeting IK asked me to have a preliminary round. I believe Naeem was also present. I was excited at the quality of the team. All sound professionals successful in their fields. Strong personalities so I saw some future sparks! During our formal meeting the core of PTI Sind was formed.

Naeem was active in Sind politics. He was President Karachi and then President Sind for a while. After his wife passed away and kids grown up, he relocated to Islamabad and became part of Chairman’s secretariat. It was a blessing for IK. He had by his side a loyal PTI stalwart and company of a close friend. After Jemima’s departure Bani Gala was a pretty lonely place, politics aside. Naeem grew in this role and gained in stature. But he never forgot his old friends. 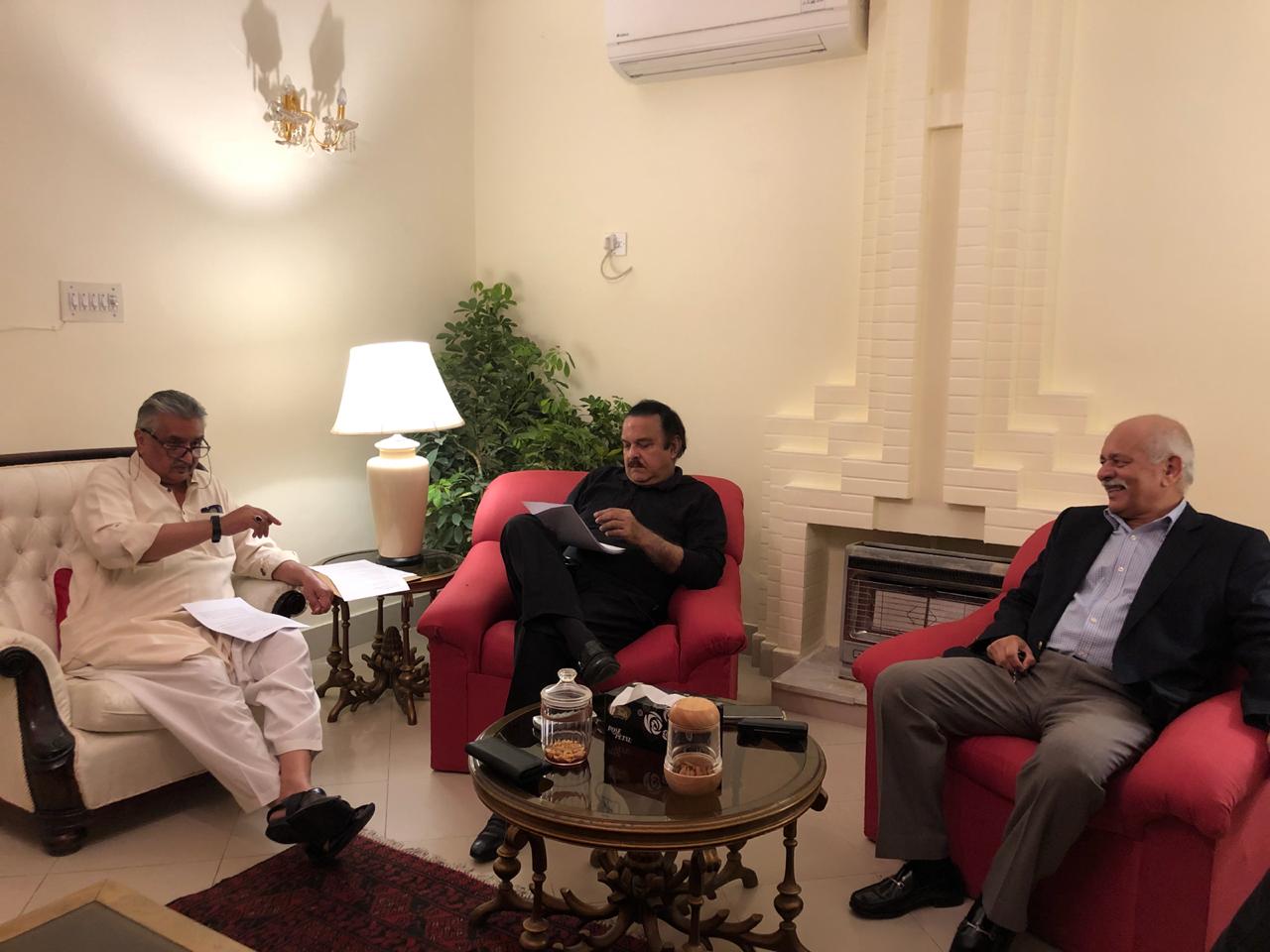 Each time I visited Islamabad he was a welcoming face and facilitated my meeting with Imran Khan. Mostly I was accompanied by Afzal Ghauri who IK insisted on calling “Lodhi sb” despite my reminders!

Let me share an incident that really touched me. When list of invitees were being drawn up for Prime Minister’s swearing in, IK had my name included personally. Shabbir Choudhry, founding President PTI Canada, was informed of the invite through his channels. I told him I will not go till I receive the invite. It was held up by someone. Two days prior to the event I got a call from Naeem. “Partner are you coming?” I asked where?To the inauguration, he replied. I said “buddy I am in Canada”. ”Yaar find a flight, IK wants you there”. I did not go but this tells you how Naeem remembered his friends.

Naeem Ul Haqueis no more amongst us. He will be sorely missed. IK lost a companion, we lost a friend whose heart was in the right place! Adios buddy, we shall see you on the other side.